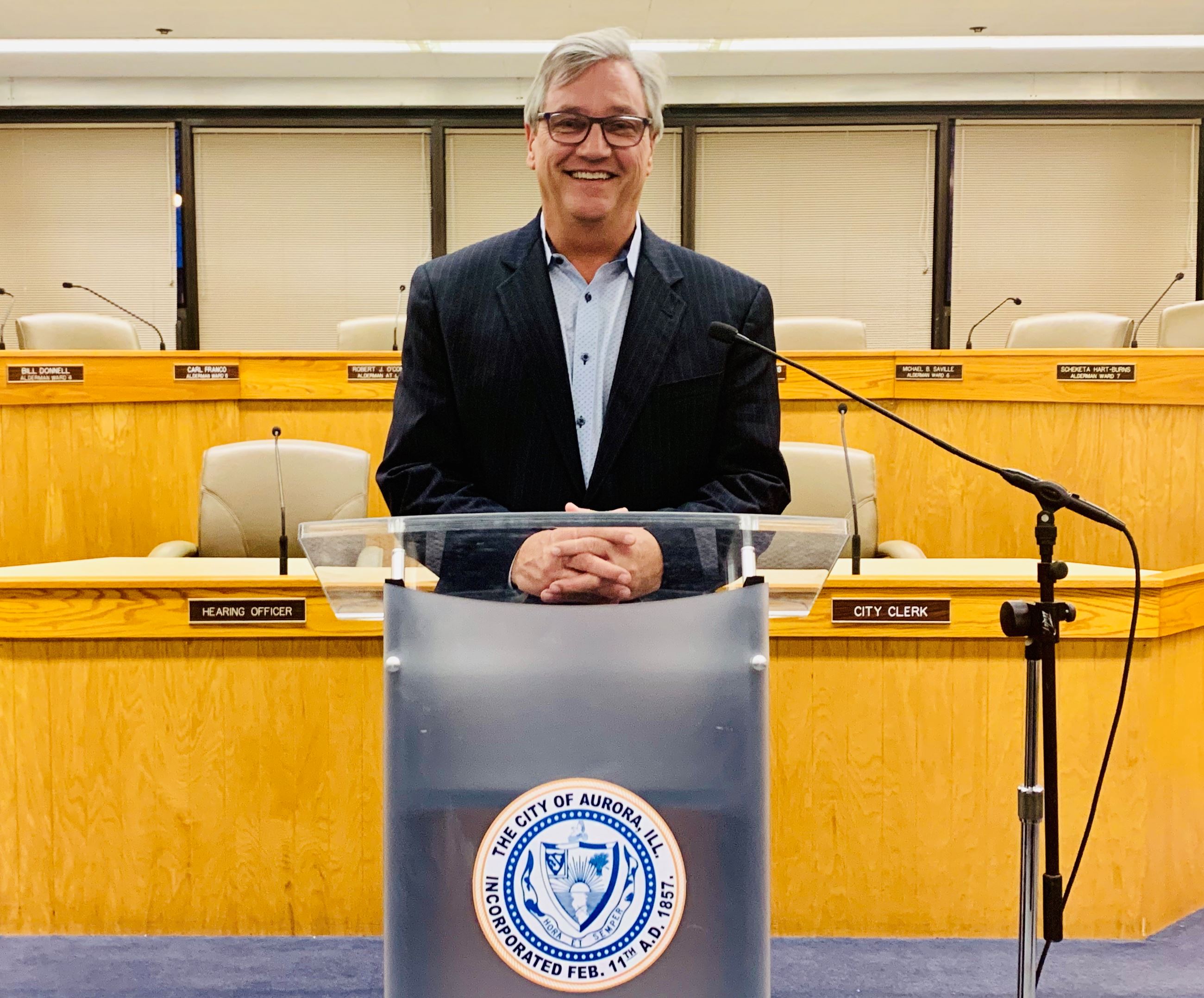 Aurora Deputy Mayor Chuck Nelson was born and raised in Aurora  - and a proud alumnus of East Aurora High School - and is honored to serve his hometown as the first deputy mayor in the history of Aurora.

Deputy Mayor Nelson assists the mayor in political endeavors, business outreach, community collaborations and other quality-of-life citywide initiatives. He serves as the mayor's liaison to the Aurora City Council, on which he served as the 4th Ward alderman from 1993 to 2005, and as the City liaison to the Aurora Veterans Advisory Council.

Once a month, the deputy mayor holds a media briefing to address City projects, initiatives of community partners, communitywide events hosted by aldermen and to spotlight a local veteran or veterans’ organization.

If you are interested in being on the agenda for the next Deputy Mayor's Media Briefing, complete the request form.