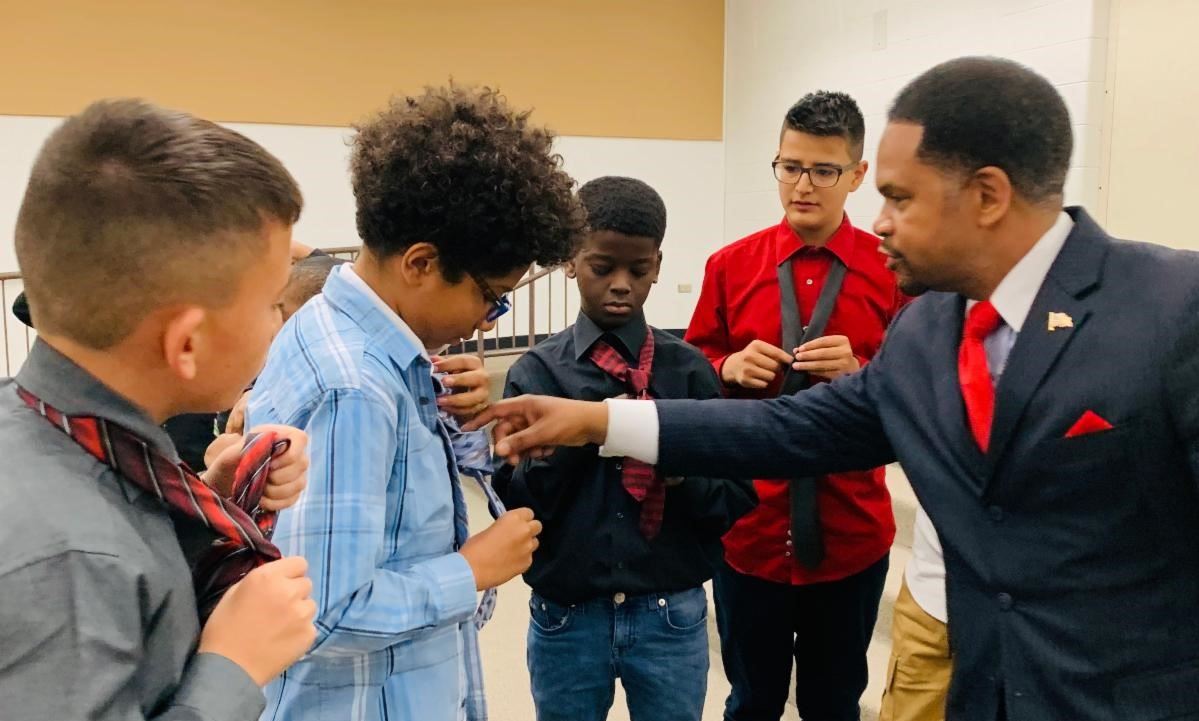 During Mayor Irvin’s Media Briefing on December 3, 2019, he issued a call to the community to make mentoring our youth a priority. Speaking in response to a series of tragic events where young Aurorans lost their lives due to senseless gun violence, the mayor renewed the City’s commitment to mentoring.

"When I look at some of the cases and some of the generational activities that are apparent with some of the youth, the adage rings true that ‘children will be what they see most.’ However, the influence and power of the immediate environment can be offset and turned around by positive, accessible and regular examples," said Mayor Irvin.

He continued, "Consequently, through my office,  we will put a renewed focus on mentoring in Aurora by first gathering all of our official mentoring programs together.  Not only will this information be provided to our officers to give to parents during knock-and-talks, but it will also be used as data to drive future mentoring investments in Aurora."

At the mayor’s first media briefing in the new year on Tuesday, January 7, he provided a framework for the City’s mentoring after staff used the previous month to meet with leaders of mentoring programs, talk with students and planned events to be held for January as National Mentoring Month.

Mayor Irvin quoted Booker T. Washington when he said, “If we build strong children, we won’t have to repair so many broken men.” The mayor then said, “Our children have a voice and we must listen to them now or hear their cries later.”

Outlining the goals for the City’s focus on mentoring, Mayor Irvin emphasized he doesn’t intend to establish a new mentoring program but rather use mentoring initiatives already in existence and:

•    Host opportunities for conversation and collaboration among programs

•    Impact Aurora youth by information gathered through action and assessment

Administrators of mentoring initiatives should register to be included in correspondence for upcoming events and activities:

Irvin said children often become what they see around them, but their environment can be offset by positive, accessible and frequent examples. Through a new initiative, Irvin said the city will gather all mentoring programs together to create a master list of resources by the end of the month. The information will be collected and distributed to parents by police officers during police contacts, Irvin said. The data will also be used to determine future mentoring investments that are needed in the city, he said.

Aurora to focus on youth mentoring after two deadly shootings

After the recent shooting deaths of two young people in Aurora, Mayor Richard Irvin says his administration will put a renewed focus on mentoring to help "change the narrative and the trajectory" of children’s lives.

Two recent shooting deaths have prompted the mayor of Aurora to announce steps to curb such violence. Aurora Mayor Richard Irvin says the suburb will increase violence-prevention initiatives, including increased coordination of youth mentoring programs offered by the city of Aurora, as well as schools and private agencies.

A month after calling for a renewed focus on mentoring Aurora’s young people, Mayor Richard Irvin says his administration has heard from many program leaders in the community as it formalizes a citywide mentoring intitative.

Aurora Mayor Richard Irvin this week outlined several events and programs the city is pursuing as part of National Mentoring Month in January. At his twice-a-month media briefing, Irvin followed up on something he started at a similar briefing a month ago - publicizing and supporting youth mentoring programs that take place within the city.