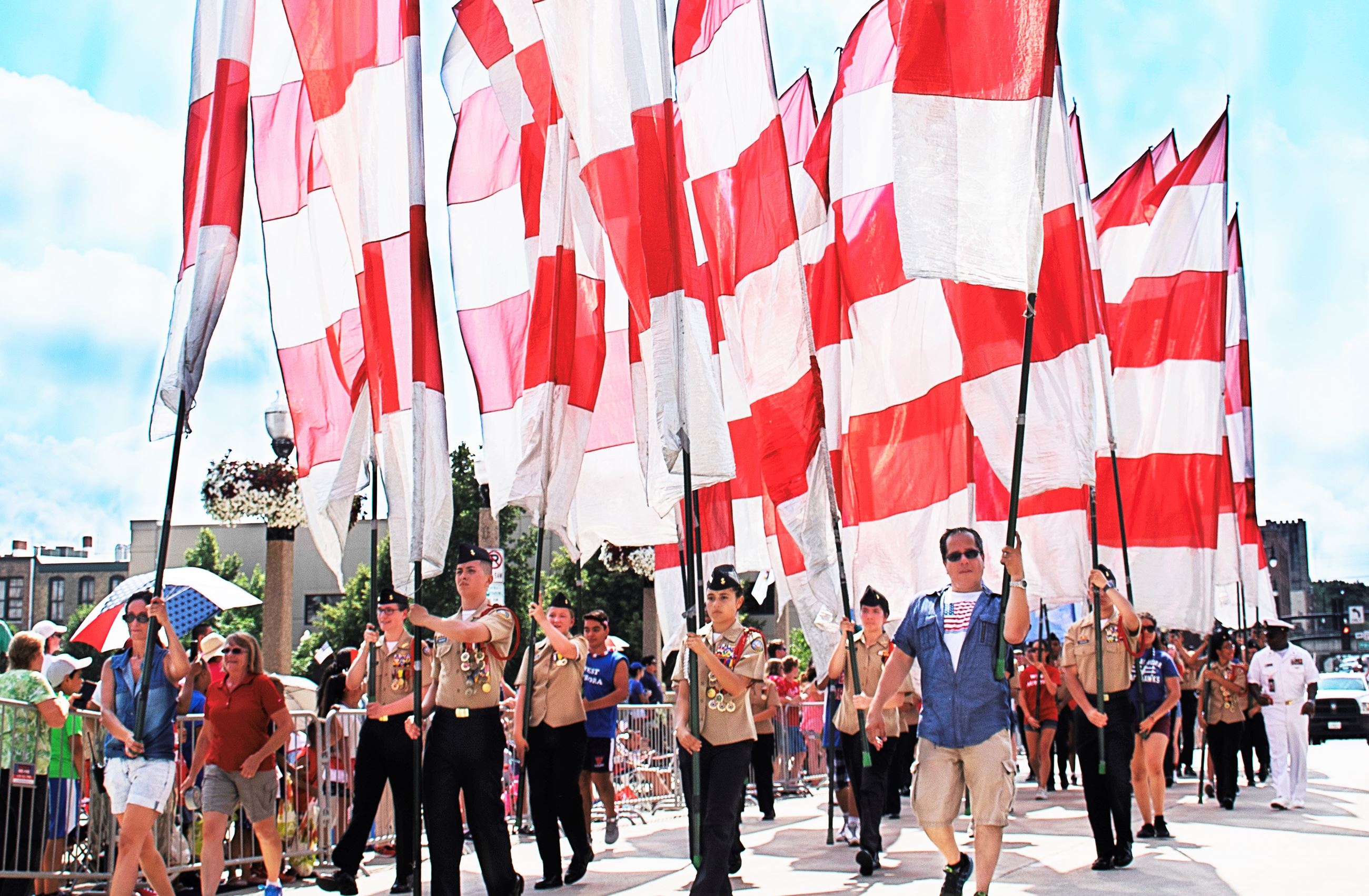 With the theme, “Commemorating Their Sacrifice, Continuing Their Service,” the City of Aurora will honor the brave men and women who paid the ultimate price and gave their lives for our country.

The Aurora Memorial Day Parade will step off at 12 p.m. on Monday, May 30, 2022 from the intersection of Benton and River Streets, head east on Benton, north on Broadway, west on Downer Place and ending at River Street.

The reviewing stand will be stationed at the GAR Memorial Hall, 23 E. Downer Place.

Leading the parade as Grand Marshals will be Class of 2022 enlistees to the United States Armed Forces. Representing all branches of the military, the young leaders from Aurora high schools have committed to serve our country, thereby honoring the legacy and continuing the service of those who never made it home.

Class of 2022 enlistees who haven’t been contacted by their school or recruiter can register at www.aurora-il.org/Classof2022Military.

Additional crowd favorites such as the electrifying South Shore Drill Team, the Lamplighters, the East Aurora NJROTC, Dance Fuze, Monarch Academy of Dance, the Phillips Park Zoo and the Simply Destinee Dance Team will help to energize Aurora for the 154st anniversary of Memorial Day.

Free parking is available in downtown. Visitors are encouraged to arrive prior to 11:15 a.m. to provide enough time for parking and viewing preparation on the parade route.

In honor of their commitment to serve our country and to continue the tradition and mission of many Aurorans who left home to do the same, Class of 2022 Military Enlistees are invited to serve Grand Marshals of the 2022 Aurora Memorial Day Parade.

For those who have not registered through their high school or branch recruiter, register today at  www.aurora-il.org/Classof2022Military