In June 2021, Juneteenth was signed into law as both a federal holiday and a State holiday in Illinois, marking the culmination of a decades-long process to recognize June 19, 1865, as the official end of slavery in the United States of America. On Tuesday, February 8, 2022, the Aurora City Council voted unanimously to make Juneteenth a paid City holiday for staff. Joined by elected officials and City staff, Mayor Irvin signed the resolution into law, making Juneteenth 2022 the first year commemorating the holiday. All non-emergency City offices will be closed on Monday, June 20, in commemoration.

The City will host the inaugural Juneteenth Flag Raising & Proclamation Ceremony at 2 p.m. on Sunday, June 19, 2022 - the 157th Anniversary of Juneteenth- at One Aurora Plaza, 8 E. Galena Blvd.  The community is invited to attend the historic event and to nominate a youth leader for the 2022 Juneteenth Trailblazer Award.

There are several other Juneteenth events in Aurora, including the 21st Annual AAMOU Aurora Juneteenth Celebration. 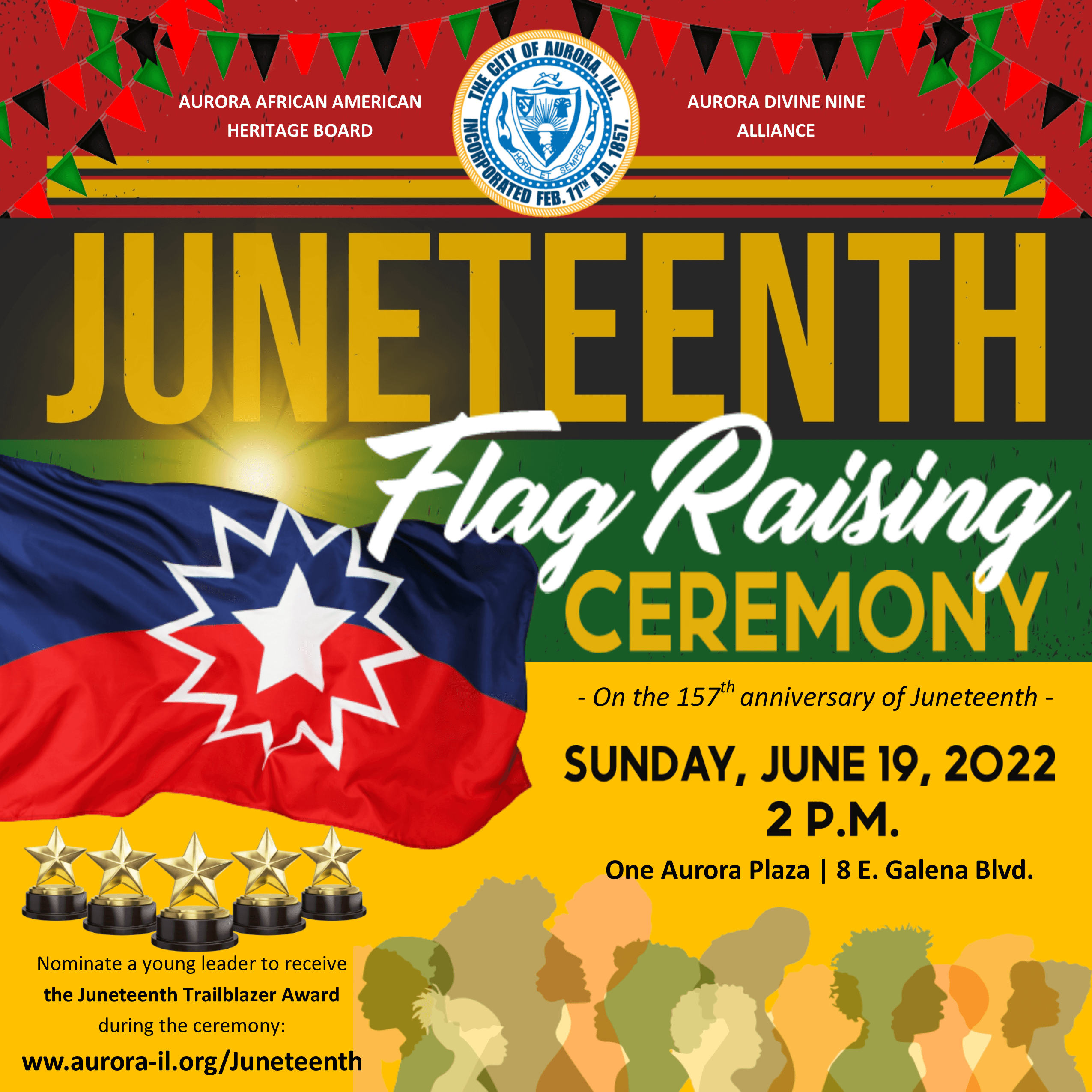 The City of Aurora will host its inaugural Juneteenth Flag Raising Ceremony on Sunday, June 19 at 2 p.m. at One Aurora Plaza, 8 E. Galena Blvd.

Join City officials for the proclamation reading, awards presentation and raising of the flag.

Juneteenth bracelets and flags will be available, while supplies last. 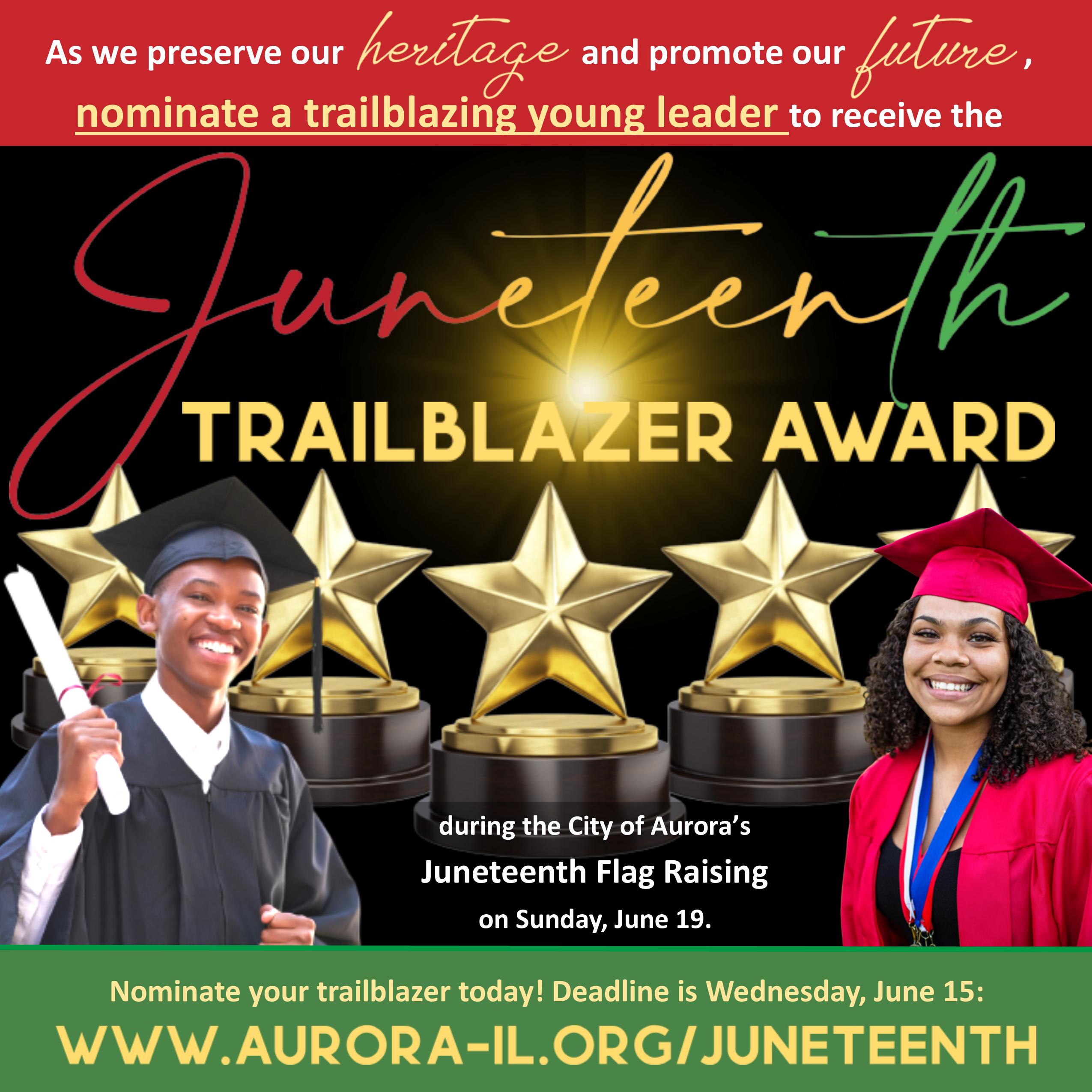 Nominate a youth to receive the first-ever Juneteenth Trailblazer Award during the Flag Raising Ceremony on Sunday, June 19.

Do you know a Class of 2022 graduate from college, high school or middle school? How about a student who excels academically, athletically, or in co-curricular activities? Are you aware of a young leader who gives back to the community through service?

Honor these trailblazers for building upon the Juneteenth legacy of culture, commitment and excellence. 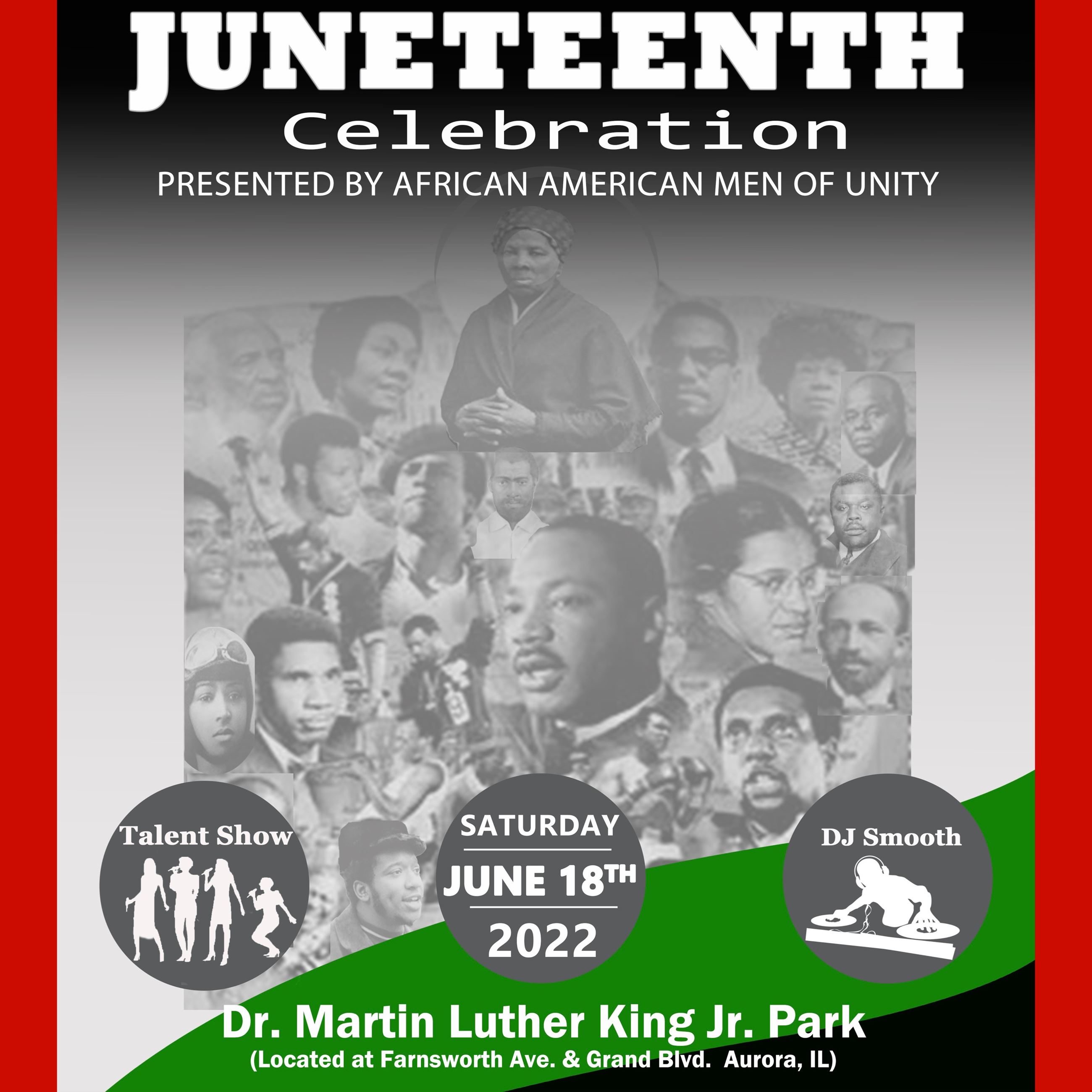 Bring the family for a fun, free time with live entertainment, Black history tribute, poetry, storytelling, a talent show and many other activities. 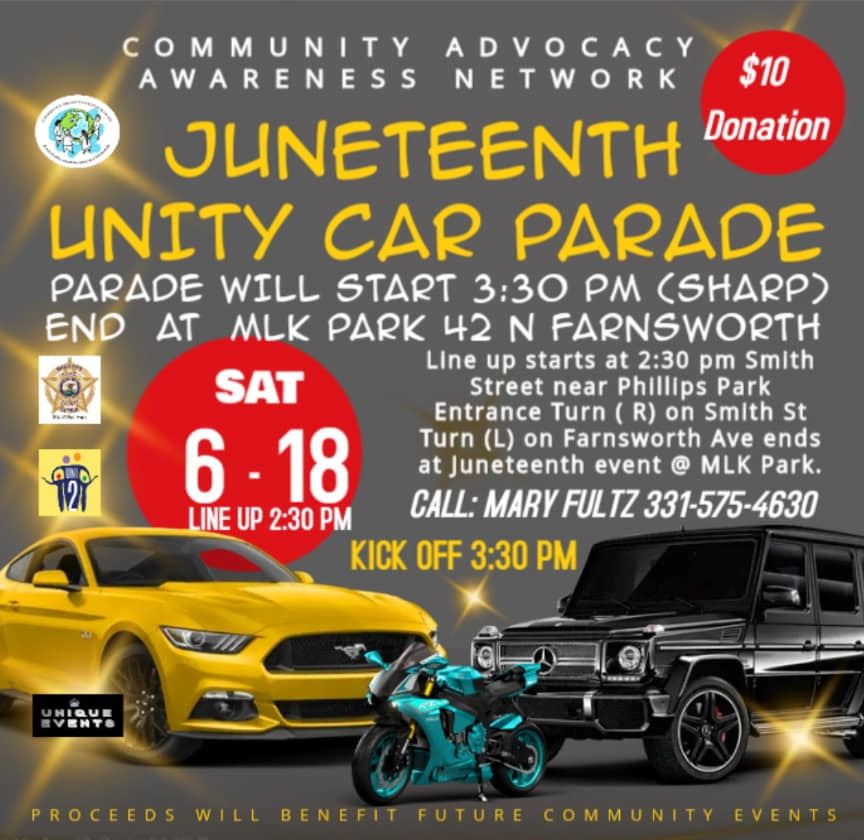 Arrive at the 21st Annual Juneteenth Celebration via the Juneteenth Unity Car Parade on Saturday, June 18.

Vehicles will line up at Phillips Park at Smith Boulevard, beginning at 2:30 p.m., with a step-off at 3:30 p.m. headed to Rev. Dr. Martin Luther King Park. 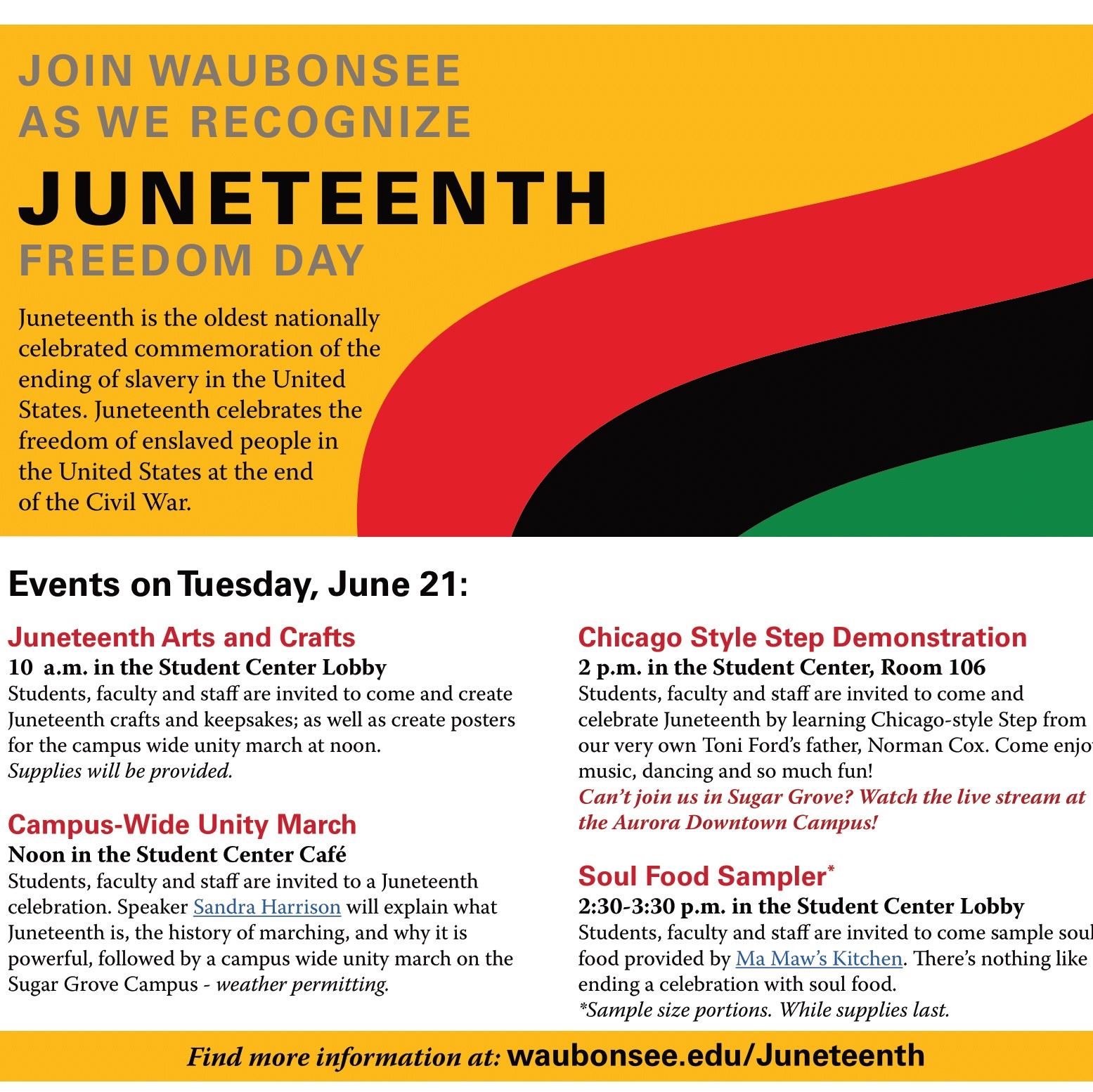 Waubonsee Community College will celebrate Juneteenth on Tuesday, June 21 at its main Sugar Grove Campus with a series of events from 10 a.m. to 3:30 p.m.