Richard C. Irvin is the 59th Mayor of Aurora, Illinois.

On April 4, 2017, he was elected in a historic victory, making him the first African-American ever to lead Illinois’ second-largest city.

After a trailblazing first term, he was reelected for a second term on April 6, 2021, with an impressive 56% of the vote in a three-person race, sending a clear message that under Mayor Irvin's leadership, Aurora is moving forward like never before.

Raised by a single mother in Aurora’s public housing, Mayor Irvin graduated from East Aurora High School and enlisted in the United States Army and proudly served in Operations Desert Shield and Desert Storm. It was a death-defying experience on the Middle East's frontlines that inspired him to return home and be of service to his community.

The first person in his family to matriculate to college, Mayor Irvin obtained a Bachelor of Arts from Robert Morris University and a Juris Doctorate from Northern Illinois University School of Law.

He practiced law as an assistant state’s attorney for the Cook County State’s Attorney’s Office, a prosecutor for Kane County State's Attorney's Office and as a community-based prosecutor for and founder of the transformative Weed and Seed Program in Aurora before opening his private law practice in downtown Aurora.

A former educator at all of his alma maters, Irvin was also an adjunct professor at Robert Morris College and Northern Illinois University and a substitute teacher at East Aurora School District 131.

In 2007, Irvin made history as the first African-American male elected to the Aurora City Council as an alderman-at-large. Elected for three consecutive terms, he served for 10 years - yielding the final two years of his third term when he was elected mayor in 2017.

In just the first term of Irvin’s mayoral administration, Aurora has seen unprecedented generational progress in public safety, technology, education, community engagement, small business growth, and economic development, including the rebirth of iconic buildings – which were vacant for decades – such as the Terminal, Hobbs, and Keystone buildings in downtown Aurora and this former Copley Hospital on Aurora’s eastside.

Mayor Irvin was named the National Small Business Advocate of the Year by the United States Conference of Mayors and has earned such other distinctions as: induction into the Northern Illinois University Law School and Robert Morris University Alumni Halls of Fame; receiving an honorary Doctorate of Humane Letters from Aurora University; earning the Outstanding Service Award from the Illinois Black Chamber of Commerce; receiving the Award of Recognition from the Philhellenes Society; receiving the National Thurgood Legacy Award from the US Minority Contractors Association; and being named the Chief Commissioner of the State of Illinois' Commission on the Social Status of Black Males. 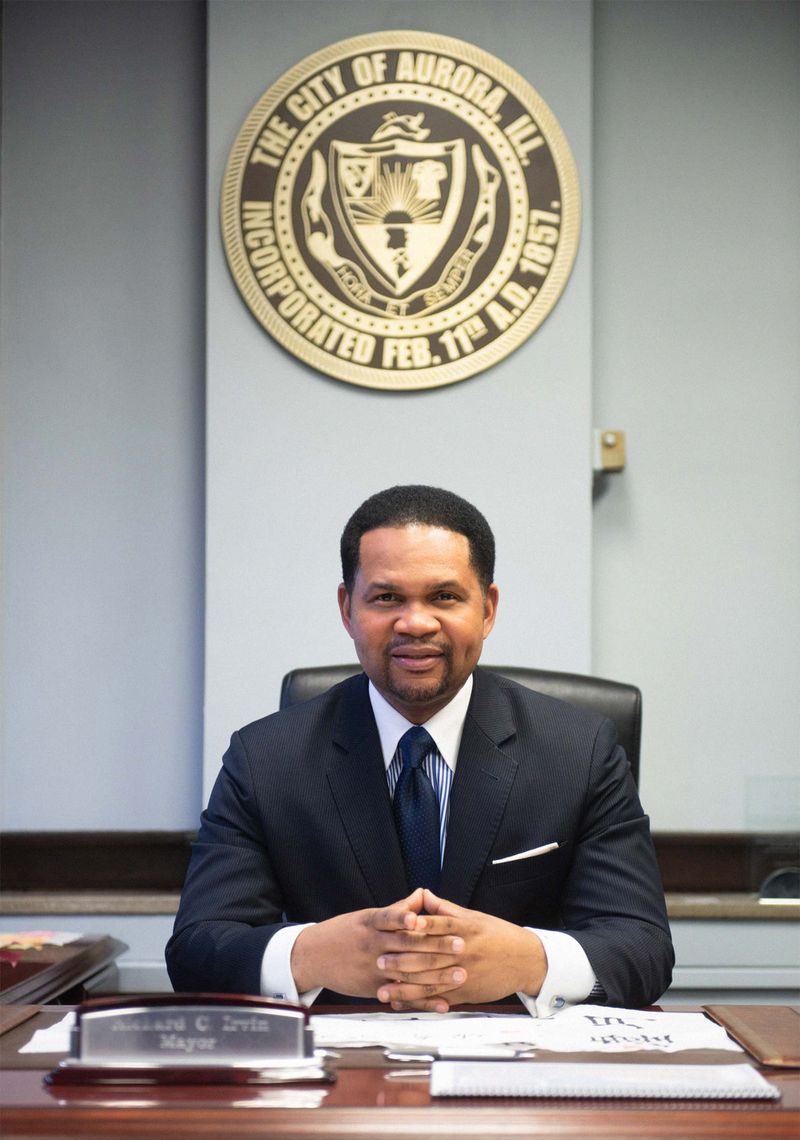